Being gay is the best thing to ever happen to me.

This isn’t a statement that I would have made, say, 15 years ago, and definitely not before that. But it’s a statement I can make now with absolute clarity. 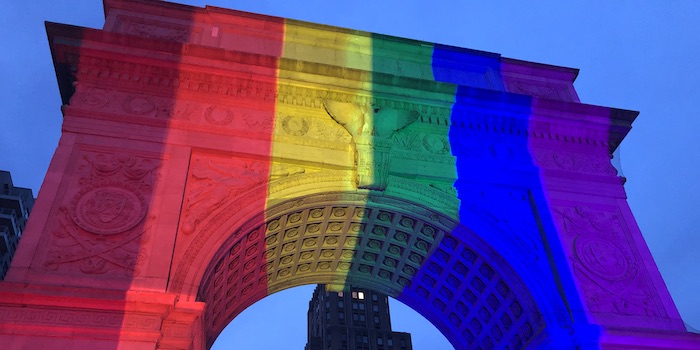 I was born in the 80s, which means I vividly remember coming of age during a time of gay moral panic, including brutal fights over same-sex marriage.

I remember hearing that God hated people like me, and that two men marrying would unravel society or lead to bestiality. That gay people preyed on children. I remember being young and being afraid. I remember hating myself.

Then in college, I met my first ever gay friends. These were guys who’d been out already, who’d fought for who they were before they got to the sanctuary of a university town. They knew other gay people, knew things about gay culture and ways of being. They were like beacons: their openness brought me and others into their orbits, and guided us away from a culture that rejected us.

When I look back now, I realize I’d been living in and absorbing a hostility from the culture at large. Making gay friends introduced me to a new way of living entirely, one where the people embraced and understood me. One where I learned that living my life openly wasn’t shameful, but a source of strength. One that, not to be a cliché, had way better music.

That other culture? The one where I felt shame and had to hide who I was? It would have killed me.

Being gay has given me my best friends and a partner of seven years. It’s given me a brotherhood of people around the world I delight in meeting, and places of queer refuge to visit. What’s more, rejecting lies that people in power tell about you gives a fantastic perspective on the kinds of people who tell them.

Over the years, I’ve been heartened to see more and more queer youth feel safe enough to come out earlier, and for kids to be able to question things like their sexuality and gender identity. To form communities and friendships earlier, with their peers. It’s seemed like the younger generation has had it much easier than mine or the generations who came before me.

I have no idea what it would have been like to grow up in a more welcoming culture. To not be a 14-year-old taking hot showers to wipe away my shame, or to not go to bed praying to be attracted to any girl. To not log on to AOL chat rooms and pretend to be older just to have a conversation with another gay man.

That’s why it’s been hard to see the same forces who wanted me and my friends either dead or neutered gaining purchase again.

A bizarre focus on drag queens, library purges of books with queer themes, comparisons to pedophiles, laws targeting trans people – I’ve been shocked to see the tide turn again so fast, and with so much zeal. In some ways, it’s scarier now to be a queer person than it was just a few short years ago. It feels like a loss in progress.

That’s why, even though it can be overly earnest and full of bank floats, I think pride as both an event and ethos is still important.

Queer culture explicitly relies on unrelated people finding, teaching and helping each other. It’s an identity your family likely can’t help you understand. It’s a true community, and it thrives on visibility.

And this is exactly what the folks driving this renewed anti-LGBT sentiment understand. It’s why they want to paint us as “groomers” and move information out of reach of the youth who need it most.

They think they can stamp us out or make us hide, but they can’t. No matter how draconian the laws against queer people have been, we’ve found each other and built communities; we’ve built families.

Pride is a good time to take stock, and to not give in to that feeling of loss. And each Pride is an opportunity for people wrestling with their own issues to see someone like them not just living, but thriving.